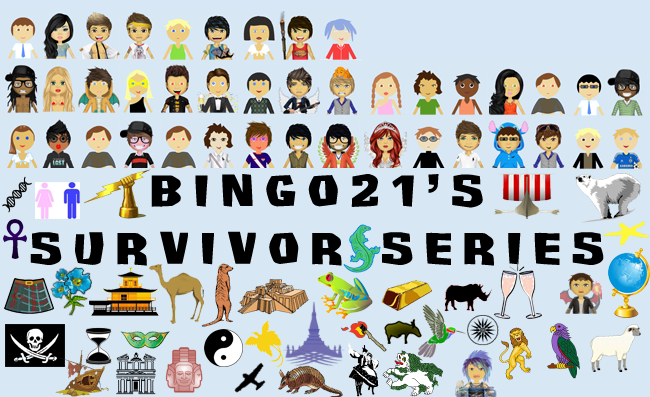 Bingo21's survivor series began in February 2011 with the commencement of Survivor Djibouti. In each season a group of castaways are pitted against one another in an attempt to outwit, outplay and outlast their way to the title of Sole Survivor. Castaways compete in challenges to win immunity and guarantee their safety in the game. While the winner/s are safe from the vote, the remaining castaways are vulnerable to elimination at tribal council where contestants must vote to evict a fellow tribemate. The player with the most votes cast against them is eliminated from the game and has their torch ceremoniously snuffed.

Most Individual Immunity Wins In A Single Season

Most Tribal Immunity Wins In A Single Season

Most Valid Votes Against In A Single Season

Least Valid Votes Against In A Single Season

Biggest Improvers From One Season to the Next

^1 Gaiaphage bought the title of fan favourite off of Milkisgood who received the majority of the public vote.
^2 3 players were tied for fan favourite so it was up to the host to select the winner. Bingo21 selected Karolusmagnus.

Retrieved from "https://tengagedgroups.fandom.com/wiki/Bingo21%27s_Survivor_Series?oldid=66233"
Community content is available under CC-BY-SA unless otherwise noted.