Survivor: Pearl Islands was LoganWorm's seventh season in his series. The season began on December 31st, 2012.

The season featured 16 new castaways divided into two tribes, Morgan, the men, and Drake, the women. The season was featured as a back to basics season with no twists, just the basic game (which even the 1st season is not defined as a basic season). No tribal switches, no chances to come back, and no special twists occurred in the game. The hidden immunity idol was in this season, but it was determined this was a part of the 'standard' game and is not counted as a twist. The men vs. women start was also not considered a twist. One by one, Drake was voted off until only 2 people remained making them the worst tribe in challenges in the history of the game. Prue and Sally were absorbed into Morgan and there was no merge, this is the only season to not have a merge.

The casting period for this season was different. Applications were taken in consideration for the next two seasons, one being Pearl Islands and the other being Panama - Exile Island. By the time the cast was chosen, a total of 58 people had applied for Pearl Islands. This casting period was the first to allow anyone (including returnees) to apply to play, though the knowledge of whether or not returnees would return was concealed, but hinted that there would be none. 42 people were cut from casting, and the 16 castaways chosen played for the entire duration they were there.

^1 Due to a medical issue, Matt was removed from the game.

NV = indicates that a person did not get eliminated by being voted out by the tribe, so there were no votes cast.

^1  These are No-Votes, votes people never sent in.
^2 Due to a medical issue, Matt was removed from the game.

NV = indicates that the person did not vote, and had no effect on who was voted out.
(usually because they forgot to vote, but there could be another reason)

^1 Due to a medical issue, Matt was removed from the game. 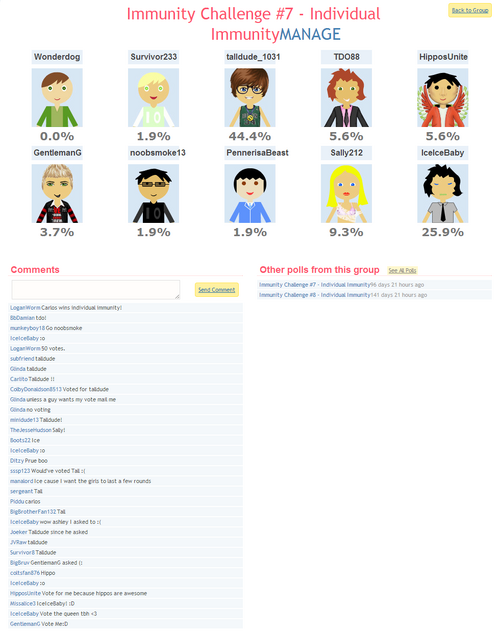 Retrieved from "https://tengagedgroups.fandom.com/wiki/LoganWorm%27s_Survivor:_Pearl_Islands?oldid=35240"
Community content is available under CC-BY-SA unless otherwise noted.