Survivor: New Zealand is the fourth season of Obscurity's Survivor series. It took place on Arapawa Island, which is a small, sparsely populated island in the southern part of New Zealand.

The main twist of the game was the "Close Call" twist. For this twist, the person with the 2nd most votes at a Tribal Council would be rewarded immunity at the next Tribal Council they attended. If two or more people were tied for second-most votes at a TC, the person with the most previous votes cast against them would be the one to get the CC immunity that round. If this was also tied, all of the people involved in the tie would receive CC immunity. This twist lasted until the Final 5.

In the end, Rhys defeated Sim by a vote of 5-2 and claimed the title of Sole Survivor. 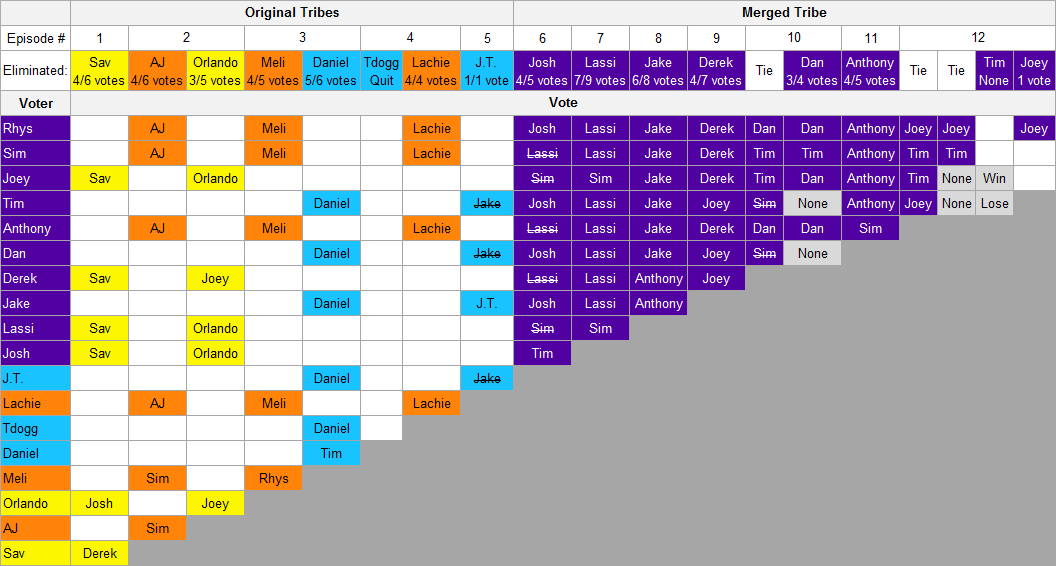 Retrieved from "https://tengagedgroups.fandom.com/wiki/Obscurity%27s_Survivor:_New_Zealand?oldid=56700"
Community content is available under CC-BY-SA unless otherwise noted.